How to Capitalize in the “Green Rush”, the 30 billion dollar green rush.

The growing GREEN RUSH of medical marijuana is slowly becoming “mainstream,” –a real live tangible thing!  It is the most profitable cash crop, and they don’t even grow it by the acre.

The 21st century has brought many opportunities.  Many of them are “invisible” like the internet via information products,  services  rather than manufacturing products–this is the new century.   It exists but it hard to see from just one computer terminal, it takes some fore sight to see how these things really work.  And like many things not so obvious, many people don’t notice them.  Medical Marijuana is like that, it has its own culture, its somewhat underground, its controversial, its almost private.

The growing GREEN RUSH of medical marijuana is the same way, its hard to understand if you are not directly around it, or in a state where it is legal.  But growing and selling weed, is slowing becoming “visible,” a real live tangible thing!  It is the most profitable cash crop, and they don’t even grow it by the acre.

Every state that passes legislation, opens up a new market.  Currently illegalization is keeping it invisible–just out of reach of most people, unless they want to break the law.  So this new green rush of the marijuana business, especially medical marijuana (an estimated 30 Billion dollar business) is on the way, making people millionaires by growing and selling marijuana. 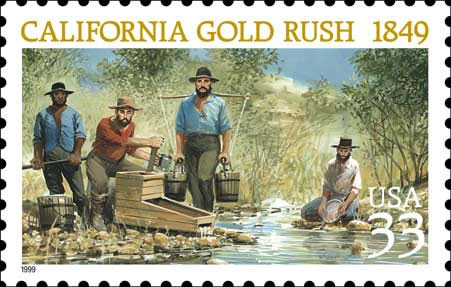 The way things are going, cultivating and supplying legal marijuana has got to be a growth industry in more ways than one; in fact, it has been labeled the green rush. a 30 billion dollar green rush.   If you’re wondering how to get in on this burgeoning “health care” sector you are not alone.  Whether you are a cancer survivor, or just can’t sleep you know the benefits of marijuana.  You have business opportunities galore.  You can cook with it, make edible products, you can smoke it, sell it by the gram, sell it by the pound, own a cafe and sell it in the back, own a dispensary and service 60-80 people per day, grow it and save money for yourself; the possibilities are endless.

Everyone talks about one big future industry will be healthcare, this is because in 2016 approximately 2,282,887 people will be turning seventy years of age in America, the next year 700,000 more annually and the baby boomers who are retiring will increase still.  Baby boomers will be looking for alternative and natural medicine, especially if they have had cancer or are medicating with powerful anti-cancer drugs.  So the potential for the Medical Marijuana to grow in future years is a real reality.

You can cash in on the green rush, Whether they own a business that produces cash, or you just grow for yourself. Either way you are producing something that will increase your quality of life, provide medicine to you and others, or add a little extra income.

Don’t be fooled into thinking this is easy money, though.  Opening a medical cannabis dispensary is by no means straight-forward; neither is running one because, as far as federal law is concerned, marijuana – medical or not – is illegal, period.

As each state legalizes Medical marijuana, this opens up million dollar markets.  A slow green tide rushing in across the states, and the opportunity exists to cash in on it, help people, grow locally, become more earth friendly, and get Green! It is an estimated 30 Billion dollar market–so what are you waiting for?

Next post: The economics of a small grow room