from Toke of the Town,

Medical marijuana dispensaries in Michigan are reopening using a new model this month after being shut down since February thanks to a state Supreme Court ruling making patient-to-patient sales illegal. 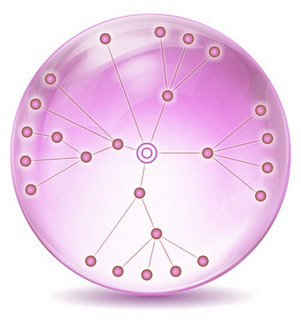 Higher Expectations Medical Partnership in Battle Creek, Michigan says his shop now doesn’t have any marijuana on site to sell anymore. Instead, HEMP acts as a clearinghouse for caregivers and patients – a relationship that is still allowed by state law.

According to Michigan medical marijuana rules, caregivers can have up to five patients and can possess up to fifteen ounces of herb.

HEMP owner Brock Korreck tells the Battle Creek Enquirer that their goal now is to connect patients with caregivers, and give them a place to make their medical cannabis transactions. Caregivers will have to pay a fee and take classes on cultivating marijuana from the center in order to participate in the program.

The goal is to create a network of patients and give “options for patients to have new caregivers if their caregivers aren’t living up to their expectations,” Korreck told the Enquirer.

“Nobody wants to meet in parking lots,” Korreck said. “Nobody wants people at their houses. Nobody wants to go to anybody’s house. This is a safe access point.”
Patients would be able to access the center and it’s resources for free, and caregivers would pay a $100 monthly fee and a one-time, $100 charge for every new patient they bring with them.

Other shops are also trying new models. According to the Enquirer, two other Michigan shops are trying to implement private membership. Caregivers store cannabis in private lockers and patients have to order their pot ahead of time.

State officials have questioned the legality of the new models, noting that state law forbids making a profit off the sale of cannabis. A county prosecutor in Michigan says the state medical laws aren’t meant to be a go-ahead for people venturing into new businesses. They were intended to get sick people medicine, he says.

Previous post: How to Start a Collective/Delievery Service in 2013