Investing in a solar powered grow room can be the best way to insure profitability of an indoor grow room, keeping utility bills low and costs down.

A solar powered grow room might be just right for you, whether you tie on to the grid or keep a low profile with an off grid system; the benefits of solar are increasing as energy prices go up.  The  reasons for solar include security, saving money, profitability, and the environment.

Now let’s talk about sizing a solar electric system for you. We need to find your load of your system, this depends on how many lights, possibly pumps (for hydroponics), etc….   Your average daily power consumption will be expressed in watt hours per day. (watt-hours or wh)

RULE OF THUMB: LED lights use less energy and produce more light with lower wattage, a rule of thumb to use is that for every 240 Watts of high powered LEDs you get the equivalent of 1000 watts. Typical grow lights will be 1000 watts if they are of any quality such as most HPS and HID grow lights. 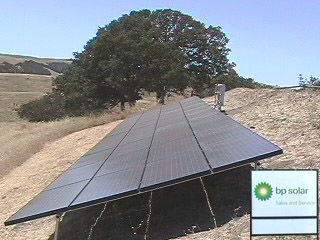 Previous post: How to Detox Marijuana from Your Body